Despite California efforts to diversify boards, of the 511 seats filled by women on California public company boards since SB 826 was enacted, just 3.3% are Latina, compared to 77.9% white women.

In October 2018, California enacted SB 826, the first national law to diversify public boards in the state by mandating female participation on those boards. According to data from Equilar which has been supplemented by LCDA research, 511 women have been appointed to the boards of 415 companies since the law was enacted

Unfortunately, even though California is the most racially diverse state in the nation, nearly 78% of the women appointed to these boards are white women. Hispanics comprise more than 39% of Californias population which means that one in five people in California is Latina. However, just 17 women, or 3.3% of the women appointed to boards during this period are Latina. The table below shows representation by white, Latina, Asian, and African American women, compared to the size of the population by race in the state. Diversity is more than gender and once again, Latinas are being left behind. 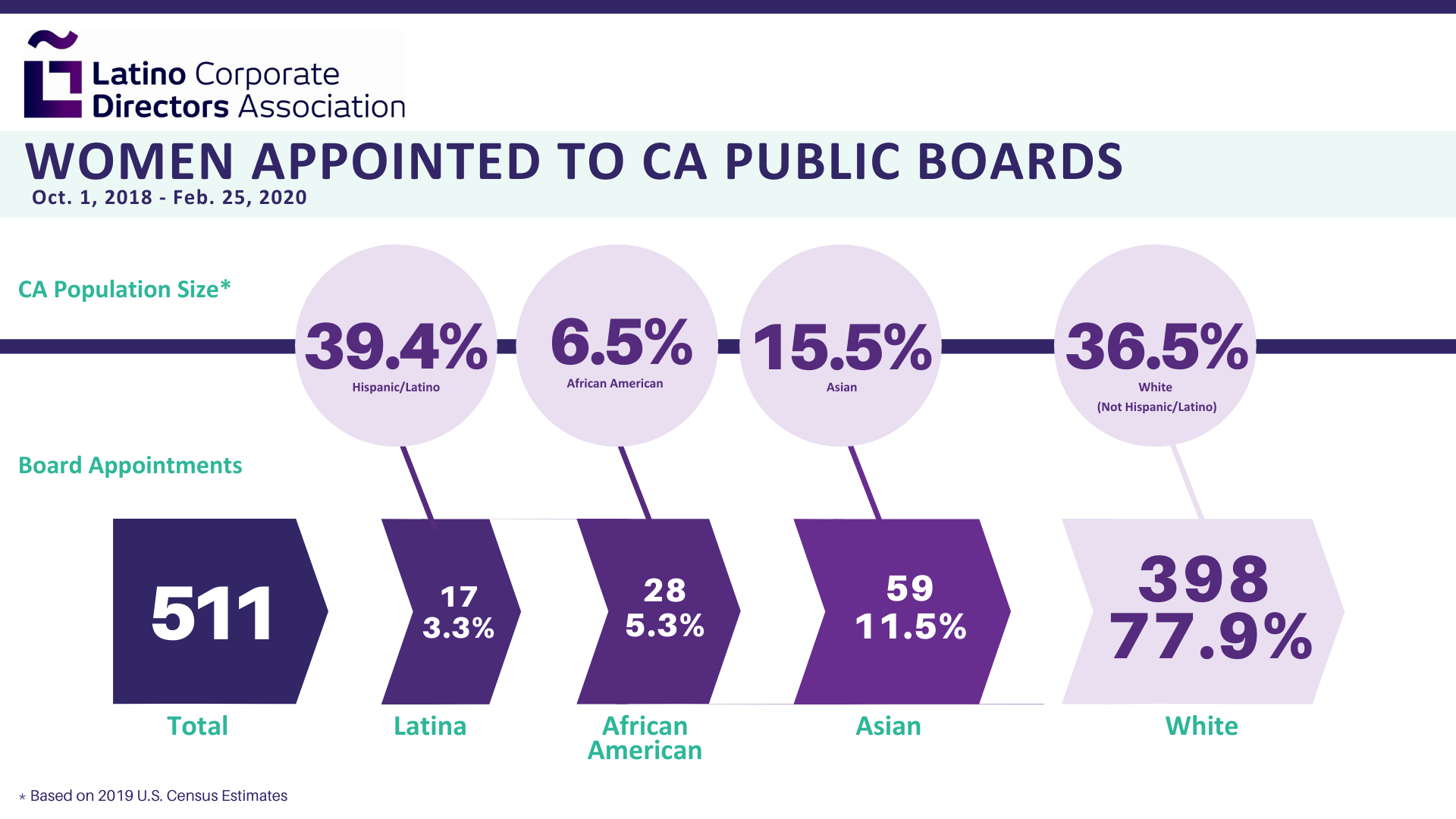 The LCDA Latino Board Tracker shows the numbers are even smaller on Fortune 1000 boards where 1.1% of California seats are held by Latinas. On the Russell 3000 index, Latina representation is miniscule, with less than half of one percent of the nearly 4000 California board seats held by Latinas (based on LCDAs analysis of ISS data of Russell 3000 companies, July 2019).Learn more about LCDA'sLatino Board Trackermethodology for identifying individuals of Latino ethnicity.

California companies that fail to reflect this growing demographic in their boardrooms risk falling behind on building a board that is well-positioned to address a future where 25% of their workforce and customer base will be Latina.

These findings quantify what most diversity advocates already kneweven in California, companies are largely selecting white women to achieve diversity on boards, as outlined in recent research published by Catalyst on Fortune 500 boards where women of color hold just 4.6% of all board seats.